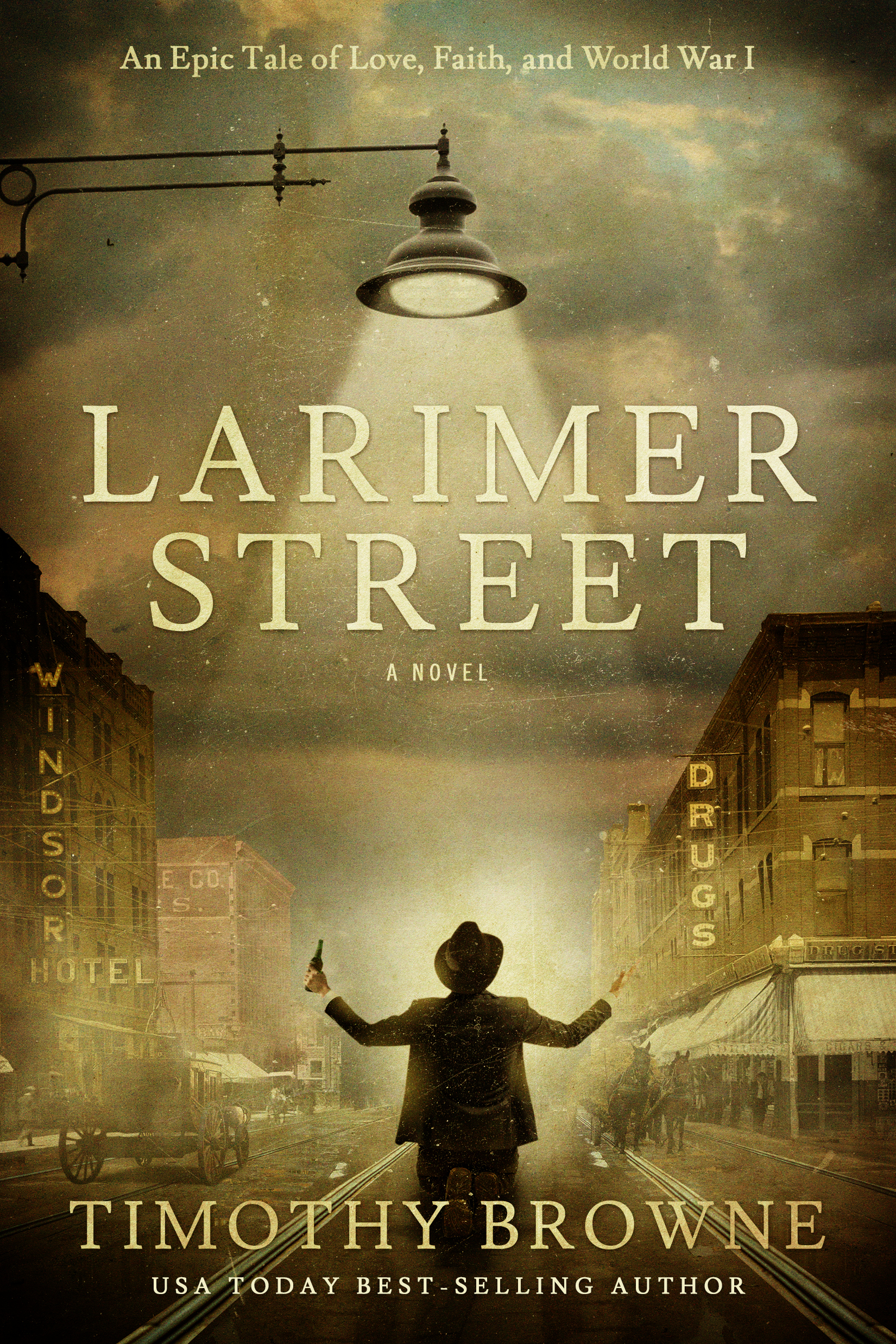 Go Behind the Scenes

Based on the true story of the charismatic leader of the Sunshine Rescue Mission, Larimer Street is the triumphant, epic tale of one man’s courage and redemption through his weaknesses and failures. There is power in going through—in surviving. And in the final analysis, losing some battles but winning the war.

Larimer Street, downtown Denver, 1907—Jim Goodheart, a tall and handsome man, loses everything. Staggering in drunkenness and desperation on a dark night in November, he decides to drink a bottle of carbolic acid and make room in the world for a better man. Jim stumbles onto the doorstep of the rescue mission on Larimer Street, Denver’s skid row.

In spite of Jim’s lifetime battle with alcoholism, and by divine redemption, he becomes known as the captivating leader of the Sunshine Rescue Mission. Through World War I and the horrific 1918 Influenza epidemic, the Mission serves the destitute in an era without safety nets or social programs.

The pain of WWI and his personal war against alcoholism brings him to the point of losing it all again, except his faith and his loving wife, Ada. Larimer Street is a story of love, courage, and redemption. It is not a story of Jim’s success over his challenges, but a story of triumph through his failings and fragilities.

Fans of All the Light We Cannot See, The Nightingale, and Unbroken will enjoy this riveting saga of history, faith and love.

Step back in time and read sermon notes and letters directly from Jim Goodheart.

The words that changed my life

In 1994, I was sitting at our dining room table with my wife, Julie and our three sons. My oldest son, then seven, glanced up from his plate of spaghetti, looked me in the eyes and said, “Dad, did you know to God, obedience is more important than sacrifice?” He went back to his dinner; unaware of the decision I had to make that evening or how the words would change our lives...